Spores are reproductive structures that have developed in nature to preserve genetic information and protect cellular components in harsh conditions and against external stresses such as nutrient deprivation, high temperatures, or radiation. Spores form part of the life cycles of many bacteria and plants. The cellular components of a spore are protected against the environment by a very robust hierarchical shell structure that allows it to survive for many years under hostile conditions found naturally that can easily and quickly kill normal cells. By developing the concept of artificial spores, researchers have been developing strategies to coat single cells with a hard, protective layer of a hard thin shells.

Truly blond - hair as a nanoreactor to synthesize gold nanoparticles

In nature, numerous inorganic materials are synthesized by living organisms. These bioinorganic materials can be extremely complex both in structure and function, and also exhibit exquisite hierarchical ordering from the nanometer to macroscopic length scales. The possibility of using such microorganisms and plants in the deliberate synthesis of nanomaterials is a recent phenomenon and scientists are now exploring the use of biological organisms and materials to literally grow nanomaterials. In a novel approach, researchers have now synthesized nanoparticles in hair. The purpose was to try to describe some of the chemical reactions occurring inside the hair shaft, in the so-called amorphous matrix surrounding intermediate filaments made of keratin proteins. This matrix can be seen as a set of nanoreactors. 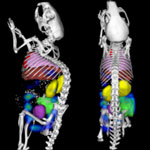 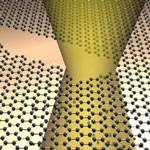