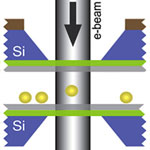 The idea of using laser light to trap or levitate small particles goes back to the pioneering work by Arthur Ashkin of Bell Laboratories in the 1970s and 1980s. Ashkin found that radiation pressure - the ability of light to exert pressure to move small objects - could be harnessed to constrain small particles. This discovery has since formed the basis for scientific advances such as the development of optical tweezers, which are frequently used to control the motion of small biological objects. However, optical trapping of nanoparticles remains a challenging task because the forces are often too small when the sizes of the objects are reduced to the nanometer scale. New findings from scientists at Lawrence Berkeley National Laboratory and National University of Singapore fill a gap and also open the door to new discoveries by demonstrating trapping and manipulating nanometer size particles using an electron beam instead of optical forces. It could also lead to new force spectroscopy where nanostructures can be assembled one nanoparticle at a time. 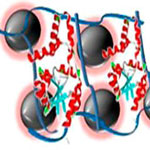 The heating properties of iron oxide nanoparticles have been exploited through the years for use in cancer therapy, gene regulation, and temperature responsive valves. These applications have demonstrated the versatility of iron oxide nanoparticles, but they had rarely, if ever, been used to enhance the activity of thermophilic enzymes. Thermophilic enzymes are highly stable biomolecular systems that are excellent tools due to their thermostability and long-term activity for extended lifetime uses in the field and other applications. New work by researchers in the U.S. addresses the problem of remotely activating biological materials with a higher efficiency than conventional methods such as water baths or convection ovens. 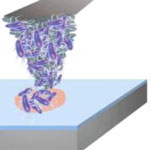 Dip-Pen Nanolithography (DPN) is a scanning probe lithography technique in which the tip of an atomic force microscope is used to 'write' molecules directly onto a substrate, allowing nanostructured surface patterning on scales of under 100 nm. Since the driving force of DPN for transporting materials is molecular diffusion through the sub-micrometer sized water meniscus formed between the AFM tip and the surface, large-sized ink materials are not efficiently transported through this water meniscus. For this reason, bacterial cells (1-2 micrometer or larger in length) patterning with DPN technique is often considered to be impossible. Overcoming this limitation, researchers have developed a 'stamp-on' DPN method that uses a previously developed hydrogel-coated tip and carrier agents to generate micrometer-sized bacterial cells. 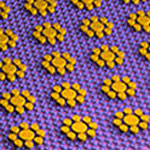 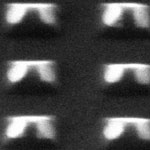