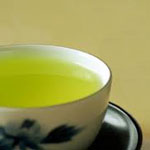 A few years ago, researchers determined that the stiffness of cancer cells affects the way they spread. When cancer is becoming metastatic, or invading other organs, the diseased cells must travel throughout the body. Because the cells need to enter the bloodstream and maneuver through tight anatomical spaces, cancer cells are much more flexible, or softer, than normal cells. With this knowledge, researchers wanted to understand the cell mechanics associated with the anticancer treatment of cells from patient samples; in particular they were interested in reporting the effects of green tea extract due to the fact that is was a natural product, it has know anti-cancer effects and it is widely consumed in beverage form around the world.

Nanoelectronics experiment in the Vatican results in unexplicable phenomena 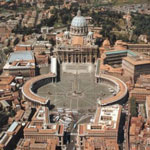 It started innocently enough with isolated instances of smoke coming out of computers. Then networks crashed. Now, programs are malfunctioning on a large scale, shutting down the Vatican's huge computer infrastructure which it depends on to manage its billions upon billions of investment dollars, real estate portfolios, and art collections. It is difficult to obtain all the details, but it appears that some form of nanotechnology got out of control. Surprisingly, and against its deeply ingrained reflexes of total openness and transparency, the Vatican initially tried to cover the whole thing up. Until a tabloid reporter got wind of what had happened and the whole thing became public with an article today (April 1) in an Italian tabloid that had this sensation-seeking headline splashed all over the front page: "Gay nanobots ballano Bunga-Bunga in Vaticano" - Gay nanobots dance Bunga-Bunga in the Vatican. 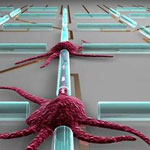 Brain-computer interfaces, neural probes, brain implants - they all require intensive in vivo studies on how to best combine inorganic electronics with organic neurons. Currently, most neural culture studies suffer from the fact that their cells migrate on a flat surface and are directly exposed to the culture solution, which do not reflect the microenvironment in vivo - neurons, though, can alter their behaviors dramatically in response to the environment change. Ideal cultures, therefore, should mimic the native neural microenvironment to capture the normal cell behavior. This has motivated a group of researchers to come up with this a semiconductor nanomembrane tube approach, which provides a 3D confinement that can potentially isolate the cells from the culture solution. Since these tubes are made from a semiconductor material, it means that they can be integrated with electronic functionalities such as voltage sensors. 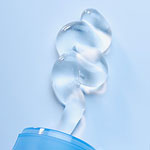 Rapid probing of single molecules with a nanomechanical interface 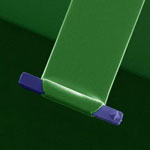 The complex processes inside living systems emerge from the interactions of countless molecules. Understanding these interactions at the single molecule level is of great importance because mechanisms governing their function can be revealed best by interrogating individual molecules. Scientists rely on single-molecule techniques that allow them to isolate individual molecules and sequentially transport them for measurement and, potentially, manipulation. Most commonly, molecules are interfaced with tools like optical tweezers and atomic force microscopes. These devices are precision force sensors. Many interactions among biological molecules are short lived. Their lifetimes can be as short as a nanosecond. The existing single molecule techniques are limited in their temporal resolution, probing the timescales on the order of several milliseconds to a second. In new work, researchers have extended the reach of single molecule experiments to the microsecond timescale. 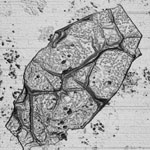 There are already several technologies that potentially allow mass production of graphene sheets; several of them are processing graphene in solution by exfoliating graphite. The general problem with this approach is however that is has been so far impossible to regenerate the undisturbed graphene lattice which was present prior to oxidation as decarboxylation inevitable takes place in the reduction step. In new work, researchers have now demonstrated the first bulk wet chemical exfoliation of graphite in association with an in situ covalent functionalization of intermediately generated graphene. With this novel chemical method, it is now possible to achieve covalently bonded functionalities without mechanical or sonochemical treatment. The covalent functionalization also protects the single-layer graphene from reaggregation and substrate-induced doping.