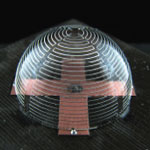 Electrically small antennas (ESA) find use in a wide variety of communications platforms - e.g. mobile phones an other handheld devices, RFID, aerospace and defense systems - but their construction requires advances in printing as well as a robust antenna design so that their operating frequency, size, and system impedance could be easily varied. Researchers have now demonstrated the conformal printing of electrically small antennas on spherical shapes with a key performance metric (radiation quality factor or Q) that very closely approaches the fundamental limit dictated by physics. This fundamental design approach enables specification of both operating frequency and size, while achieving near-optimal bandwidth at several frequencies of interest for wireless communications. 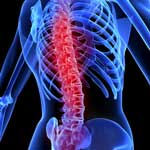 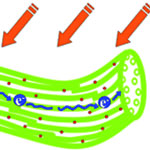 Caustics in nanoscale ferromagnetic structures could lead to a microwave 'router' 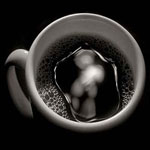 A caustic is the envelope of light rays reflected or refracted by a curved surface or object, or the projection of that envelope of rays on another surface. A familiar example of optical caustics is the bright line seen in a coffee cup on a bright sunny day. Here the caustic is formed by the envelope of the light rays reflected by the curved surface of the coffee cup. Caustics are formed in an anisotropic media because the direction of the group velocity and the phase velocity or the wave vector does not coincide. New theoretical work shows the existence of spin wave caustics in nanoscale ferrites, ferromagnetic and antiferromagnetic materials. Based on their theoretical results, the researchers have proposed a new device called a high frequency 'router'.

Graphene is a very interesting nanomaterial with potential for applications in many different fields including nanoelectronics. However, the properties of graphene can vary broadly and depend sensitively on its integration in device structures and the details of its interaction with other materials, such as underlying substrates or gate dielectrics. Unlike other semiconductor electronic devices, where the active layer is buried below the surface and where microscopic details of transport cannot be directly examined, graphene is exposed at a surface and can be directly examined on the atomic scale using scanning tunneling microscopy (STM) and scanning tunneling spectroscopy (STS). New work now provides microscopic details of graphene interaction with a substrate in the most common device structure used so far. 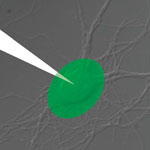 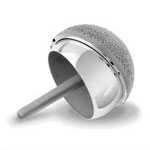 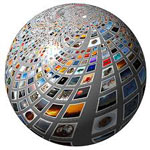