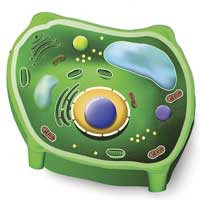 As a coating, hydrogels bring many advantages to regular solid surfaces, uniting the superior properties of the substrate with the superior properties of the hydrogel. However, making hydrogel coatings outside a laboratory environment can be difficult. Inspired by the economics of paint manufacturing, we have developed a technique for hydrogel coating preparation that breaks the process up into several steps. This step-wise synthetic pattern, decoupling polymerization from crosslinking and interlinking, divides the labor between the hydrogel coating maker and its user.

Ocean wave energy is an abundant resource of clean energy. However, having been explored for decades, there is still lacking efficient and economical technologies to convert water wave energy into electricity for large-scale applications Researchers have developed a new type of wave energy harvester, hierarchically structured triboelectric nanogenerator (HS-TENG), based on the triboelectric effect, targeting to harvest the huge blue energy for large-scale deployments.

Researchers have developed a method for direct, point-of-use detection of mycotoxins in food. The method is based on the modification of electrolyte operated graphene filed effect transistors that have been specifically functionalized with aptamers by covalent binding. Demonstrating the performance of this method on Ochratoxin A, these sensors show a response time of within 5 minutes with a sensitivity down to 4 pg/ml - that is about three orders of magnitude less than accepted tolerance levels of Ochratoxin A.

Liquid metal networks as an ideal platform for stretchable electronics

A novel and very promising design strategy for stretchable electronics is based on liquid metals; specifically the use of the oxide shell of liquid gallium alloys to fabricate polymerized liquid metal networks (Poly-LMNs). The novel attribute of these Poly-LMNs is that they increase in conductivity as they are elongated, resulting in the measured resistance across the conductor remaining nearly unchanged as they are stretched to 700% their original length. The implication of this effect is that a circuit can now be designed with a stretchable Poly-LMN wire that won?t change its resistance when stretched.

A lint roller for superclean graphene

Researchers demonstrate that the amorphous carbon contaminants on CVD-produced graphene, which could greatly degrade its properties, can be removed by an activated carbon-coated lint roller, relying on the strong interactions between the amorphous carbon and activated carbon. Large-area graphene surfaces treated with this lint roller exhibit a high cleanliness of 99% with a low degree of polymer residue after transfer onto a functional substrate. This superclean graphene has extremely low contact resistance and ultrahigh carrier mobility.