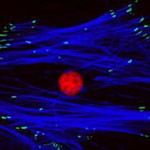 Currently, when adult stem cells are harvested from a patient, they are cultured in the laboratory to increase the initial yield of cells and create a batch of sufficient volume to kick-start the process of cellular regeneration when they are re-introduced back into the patient. The process of culturing is made more difficult by spontaneous stem cell differentiation, where stem cells grown on standard plastic tissue culture surfaces do not expand to create new stem cells but instead create other cells which are of no use in therapy. New findings show that nanoscale patterning is a powerful tool for the non-invasive manipulation of stem cells. Their facile fabrication process employed, a range of thermoplastics that can be processed with exquisite reproducibility down to 5 nm fidelity using injection moulding approaches, offers unique potential for the generation of cell culture platforms for the up-scale of autologous cells for clinical use.

A pinch of silver and copper: metal combinations give biomedical silicone strong nano-properties 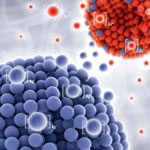 Silicone elastomers are widely used for biomedical applications and products. One major challenge for biomedical applications is to control the ingrowth of silicone-based implants and to avoid bacterial infections on device surfaces. The use of ions from metals like silver and copper is a promising, long-lasting method to achieve such bioactive effects. Researchers have now found a novel effect caused by a combination of copper and silver nanoparticles in silicone. By fabricating bioactive nanocomposite materials that release these ions in specific concentration levels and during a long time, manufacturers can control the bioactive effects of their medical devices or implants. 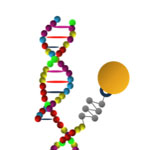 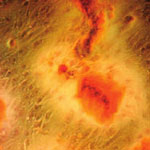 It is widely believed that stem cell therapies have the potential to revolutionize the treatment of human diseases. Key to the success of such therapies are two crucial properties: the ability of stem cells to develop into any specialized cell type depending on the specific need at hand; and the ability to guide the fate of the stem cells by various external factors. Researchers in Asia have now demonstrated that graphene provides a promising biocompatible scaffold that does not hamper the proliferation of human mesenchymal stem cells and accelerates their specific differentiation into bone cells. The differentiation rate is comparable to the one achieved with common growth factors, demonstrating graphene's potential for stem cell research. 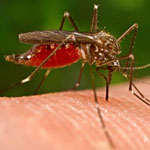 Superparamagnetic iron oxide nanoparticles (SPIONs) are emerging as promising candidates for various biomedical applications such as enhanced resolution imaging or targeted drug or gene delivery due to their biocompatibility, low cost of production, ability to immobilize biological materials on their surfaces, and potential for direct targeting using external magnets. Over the past few years, researchers demonstrated that magnetofection is an appropriate tool for rapid and specific gene transfection with low dose in vitro and site-specific in vivo applications. In new work, scientists in Australia have now successfully demonstrated the use of magnetofection for the delivery of malaria DNA vaccine. 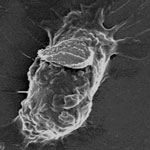 Macrophages are white blood cells with a wide presence in various organs and tissues, that perform an essential role in keeping organisms healthy by scavenging cellular debris and disease agents. Since macrophages play an indispensable role in most pathological conditions, they represent an ideal target for therapeutic applications. Several approaches seeking to use macrophages for targeted therapies involve feeding therapeutic nanoparticles to macrophages ex vivo, followed by re-injection of the macrophages to target the diseased site. These techniques are often hampered by reduced drug release rates and drug degradation. Overcoming these limitations, scientists now report the ability of cellular backpacks to successfully encapsulate and controllably release drugs and avoid phagocytic internalization while remaining on the macrophage's surface. 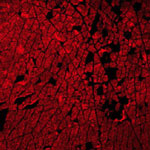 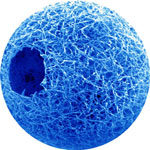