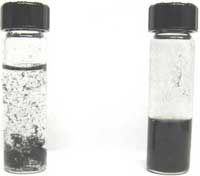 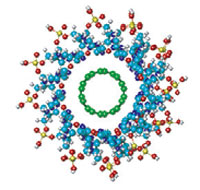 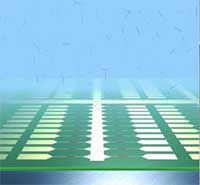 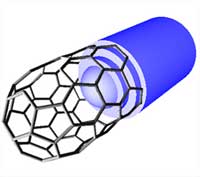 Synthesis of carbon nanotubes (CNTs) is a rapidly advancing field, but there is a lot that researchers don't know about how nanotubes form and grow. Synthesis, while rapidly developing, is currently the weakest link for most nanotube applications, with high yield and high precision diameter and chirality control being important goals. Historically, in situ characterization tools have accelerated progress in synthesis for many advanced materials, and there is widespread recognition that in situ tools have the potential to improve CNT synthesis as well. Ideally one would like to detect individual nanotubes and ensembles as they grow and measure their physical properties while imposing minimal constraints on the synthesis method. In other words, with a good understanding of the synthesis process we would be better able to control the product. It is feasible that by actually observing nanotubes as they grow one will gain a better understanding of the growth process and also better characterize the grown product. Greater control over the physical characteristics of the nanotube product is essential to enable many applications, as well as many fundamental studies. Although chemical vapor deposition (CVD) is now a very standard method to synthesize CNTs, there aren't really standard in situ tools to characterize nanotubes during growth. Researchers in Canada have now shown how global Raman imaging (GRI) can be used to characterize the CVD growth of CNTs in situ and in real time. 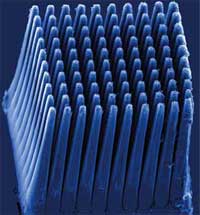