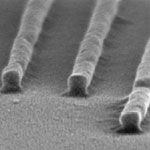 Many nanotechnology research projects require some form of nanopatterning technique in fabricating the devices, structures and surfaces required. With the current state of micro- and nanofabrication, the direct printing of functional materials is the most efficient method at low cost and low environmental impact. A direct printing approach has the merits of forgoing complex and expensive equipment, reducing the fabrication processes, saving the amount of material used, and removing chemical exposure in the processes. However, imprinting methods suffer from residues and difficulty in multi-alignment. Researchers in Korea have now developed a direct printing technique that is based on a liquid-bridge-mediated transfer moulding process. 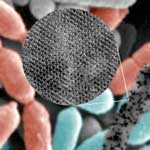 In nature, uni- and multicellular organisms are capable of reducing and accumulating metal ions as detoxification and homeostasis mechanisms when exposed to metal ion solutions. Although the exact mechanisms and identities of microbial proteins associated for metal nanoparticle synthesis are not clear, two cysteine-rich, heavy metal-binding biomolecules, phytochelatin and metallothionein have been relatively well characterized. Phytochelatins are peptides that are synthesized by the protein phytochelatin synthase and that can form metal complexes with cadmium, copper, silver, lead and mercury, while metallothioneins are gene-encoded proteins capable of directly binding metals such as copper, cadmium, and zinc. This capability of phytochelatin and metallothionein - having different metal binding affinities to various metal ions - has now been employed by researchers for the in vivo biosynthesis of metal nanoparticles by recombinant Escherichia coli. 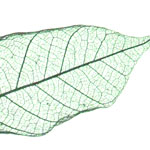 Nature can provide very useful templates for technical applications. A group of scientists have devised a new process involving the almost complete conversion of a leaf skeleton into magnetic iron carbide. To do this, they treated the leaf with iron acetate, nitrogen and heat. This technique can be used to recreate all natural carbonaceous structures with metal carbides. The result is not just beautiful, but also very useful. The new technique enables the conversion of metal carbides into intricate microstructures in just one step. Biology's intricate forms provide a wide range of templates for a variety of applications. Wide-ranging biological forms can be used as templates for filigree metal carbide structures using this method. 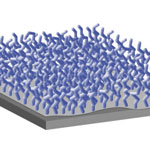 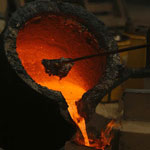 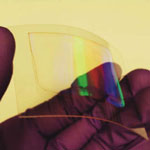 Molding - a manufacturing technique that dates back to the Bronze Age - also has found applications in nanofabrication techniques in the production of high-density optical and magnetic storage media, organic light-emitting diodes, polymer photovoltaic cells, and field-effect transistors. The basic idea of molding is to shape a pliable raw material such as plastic, glass or metal into a desired form by filling it into the mold. Whether it is on the macro- or nanoscale, most molding methods are limited to replicate the patterns that are identical to the original master. To pattern different structures, new masters are needed for every different structure. Researchers have now developed an all-moldable nanofabrication platform that can generate, from a single master, nanoscale patterns with programmable densities, fill factors, and lattice symmetries. They have named this technique solvent-assisted nanoscale embossing (SANE). 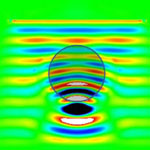 A problem with conventional photolithography techniques is that they cannot achieve the small size requirement of nanoholes and nanopillars, required for various nanofabrication applications, because of the wavelength limitation of the exposure light source. Other nanolithography techniques, such as electron-beam lithography, focused ion beam milling, and x-ray lithography, have the high resolution to form these nanoholes and nanopillars. However, these techniques are all very expensive or have too low a throughput to fabricate a large area of repetitive nanopatterns. A low cost nanosphere lithography method for patterning and generation of semiconductor nanostructures provides a potential alternative to conventional top-down fabrication techniques. 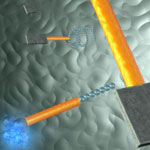