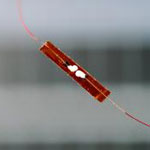 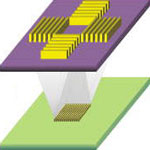 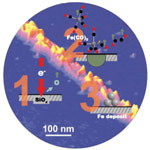 The manufacture of certain types of nanostructures - nanotubes, graphene, nanoparticles, etc. - has already entered industrial-scale mass production. However, the controlled fabrication of nanostructures with arbitrary shape and defined chemical composition is still a major challenge in nanotechnology applications. It appears that electron beams from electron microscopes (EM) - nowadays routinely focused down to the nanometer regime - are ideal candidates for versatile tools for nanotechnology. However, their usage is mostly restricted by the conditions in the corresponding electron microscopes, since most EMs are housed in high vacuum chambers the unintended electron-beam-induced deposition of residual gases is a problem, as well as the maintenance of well defined sample conditions. Researchers in Germany have now presented a novel way to use a highly focused electron beam to lithographically fabricate clean iron nanostructures. This new technique expands the application field for focused electron beams in nanotechnology. 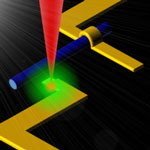 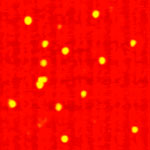 Nanoparticle chirality has attracted much attention among nanoscientists, and the application of chiral nanoparticles in chemistry, biology and medicine is of great importance for the development of new molecular nanosystems. In chemistry, chirality usually refers to molecules. Discovering efficient methods to produce, control and identify enantiomerically pure chiral compounds is critical for the further development of pharmaceuticals, agrochemicals, fragrances and food additives. An important example in the area of nanomaterials is the synthesis of metallic nanoparticles with controlled size, shape, composition, and morphology for catalytic applications. 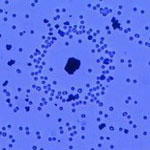 For nanotechnology researchers, movement at the nanoscale is a challenging problem and there is much to be learned from nature's motor systems. There are various approaches to creating self-propelled micro- and nanosized motors and one promising approach rests on catalytic conversion of chemical to mechanical energy - a process that is ubiquitous in biology, powering such important and diverse processes as cell division, skeletal muscle movement, protein synthesis, and transport of cargo within cells. Self-propelled motion of synthetic materials can be useful in applications such as bottom-up assembly of structures, pattern formation, drug delivery at specific locations, etc. Researchers have now presented a novel and versatile light-driven catalytic micromotor system, which is the cleanest and simplest of its kind. 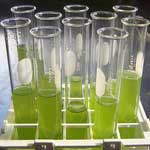 Developing chemicals, molecular precursors, and industrial products from petroleum resources is a conventional practice. Plastics, detergents, even pharmaceuticals are derived from petrochemicals. With an increasing focus on the economic and environmental issues associated with the processing of petroleum-based chemicals, scientists are seeking for alternative routes to develop molecules from naturally available plant or crop-based raw materials. Particularly interesting for the fields of nanotechnology is the design and development of soft nanomaterials from renewable sources. Generating these materials from renewable resources could have a significant impact on production technologies and economies. 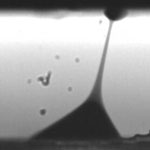 The ability to extract, dispense and manipulate very small amounts of liquids on the micro- and nanoscale is important in biotechnology, chemistry and also for patterning inorganic, organic and biological inks. Several methods for dispensing liquids exist, but many require complicated electrodes and high-voltage circuits. Researchers in Italy have now demonstrated a pyroelectrohydrodynamic droplet dispenser based on pyroelectric forces.Researchers in Italy have developed and demonstrated a completely new method for extracting and dispensing very small amounts of liquid - as small as few attoliters - from liquid droplet reservoirs or thin liquid films by a method called pyroelectrohydrodynamic (Pyro-EHD).