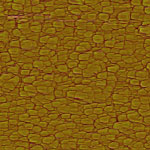 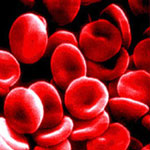 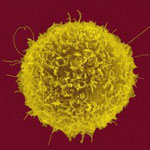 Nanotechnology pipettes as tools to demystify and modify biological processes 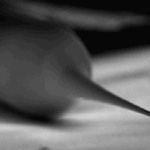 Cells are the basic building blocks of life. The ability to sense and modify intracellular processes is important for, among other things, bettering our understanding of biological processes, developing drugs and evaluating their effectiveness, and modifying cell function. Due to the cell's small size and fragility, probing the cell's interior with high precision is not a simple task. To address this challenge, researchers have developed nanoscale, carbon-based cellular probes ('carbon nanopipettes' or CNP). The CNP consists of a glass capillary lined with a carbon film along its inner surface and terminating with an exposed carbon nanopipe. The probes are fabricated through a process that does not require any assembly and that facilitates quantity fabrication. Depending on controllable process conditions, the carbon tip's diameter may vary from tens to hundreds of nanometers and its length can range from zero to a few micrometers.

Crossing the blood-brain barrier with nanotechnology 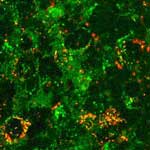 The challenge in treating most brain disorders is overcoming the difficulty of delivering therapeutic agents to specific regions of the brain by crossing the blood-brain barrier (BBB). This barrier - a tight seal of endothelial cells that lines the blood vessels in the brain - is a physiological checkpoint that selectively allows the entry of certain molecules from blood circulation into the brain. The problem for scientists is that the BBB does not differentiate what it keeps out. BBB strictly limits transport into the brain through both physical (tight junctions) and metabolic (enzymes) barriers. With very few exceptions, only nonionic and low molecular weight molecules soluble in fat clear the BBB. For instance, alcohol, caffeine, nicotine and antidepressants meet these criteria. However, large molecules needed to deliver drugs do not. The utter scarcity of techniques for brain-specific delivery of therapeutic molecules using non-invasive approaches (like drilling a hole in the skull) has led researchers to increasingly explore the vast potential of nanotechnology toward the diagnosis and treatment of diseases/disorders incurable with present techniques. 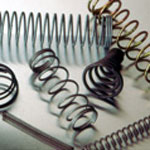 Elastomeric (i.e. elastic) proteins are able to withstand significant deformations without rupture before returning to their original state when the stress is removed. Consequently, these proteins confer excellent mechanical properties to many biological tissues and biomaterials. Depending on the role performed by the tissue or biomaterial, elastomeric proteins can behave either as springs or shock absorbers. Recent scientific work in Canada resulted in the engineering of the first artificial chameleon elastomeric proteins that mimic and combine these two different behaviors into one protein. Under the regulation of a molecular regulator, these designer proteins exhibit one of the two distinct mechanical behaviors - spring or shock absorber - which closely mimic the two extreme behaviors observed in naturally occurring elastomeric proteins. 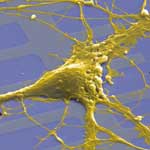 Bionics - a word formed from biology and electronics - has become a quickly expanding research field, exploring ways and materials to bridge the interface between electronics and biology. Basically, there are three levels of biocommunications where electronics and biology could interface: molecular, cellular and skeletal. For any implanted bionic material it is the initial interactions at the biomolecular level that will determine longer term performance. While bionics is often associated with skeletal level enhancements, electronic communication with living cells is of interest with a view to improving the results of tissue engineering or the performance of implants such as bionic ears or eyes. Researchers have worked for more than 20 years on interfacing neurons and silicon devices. Analysis of the electro-physiological activity of neurons could one day enable scientists to develop artificial prostheses for bypassing injured zones and restore brain functionality, or to realize neuro-diagnostic tools for monitoring the reaction of biological neurons to selected chemical species or newly developed drugs. Making another step in this direction, researchers in Europe have now demonstrated the possibility of integrating living neural cells and organic semiconductor thin-films made of a few monolayers of pentacene.