Freaked out by Elon Musk's acquisition of Twitter and keen to try a new social network? We've got you covered. Online social media platforms are constantly changing (remember MySpace?) so who says that Twitter will remain dominant?
Of course your are familiar with the juggernaut social media platforms out there: Facebook, Instagram, Reddit and TikTok. However, there are several smaller social networks that you might find interesting as an alternative to Twitter.

Aether is not really a Twitter clone but more similar with Reddit, Slashdot, or Usenet, although it does two main things differently: It’s ephemeral, i.e. the content disappears after six months (what you post on Reddit / Twitter is forever.); and its communities are democratic, they elect their own leadership.
On Aether, you can create a community for your friends, or for strangers that are interested in similar things. All communities are public, and everyone can write to any community.
Aether is a decentralized, peer to peer network. Your data does not live in any specific computer, but in the void between them (hence the name Aether).
Go to the Aether website

Counter Social is a no-nonsense alternative to Twitter, following a similar format in the sense that you can share 500-character posts that can be set to self-destruct. It has a great desktop experience similar to Tweetdeck.
The site is blocking all traffic from Russia, China, Iran, North Korea, Pakistan and Syria as they are origin points of an overwhelming majority of bots and trolls.
Unique features are Countershare (a 500TB file sharing solution); COSOCOM, where you can listen to 7000+ emergency radio frequencies and will auto-tune in realtime to chatter from the ground when a major incident occurs; COSOCALL Conferencing (secure 1-click video conferencing like ZOOM); COSO Groups that allows users to create their own communities; REALMS virtual reality addition where users can build, craft, create public or private rooms or realms in a virtual reality environment; and COSO TV with live streaming news coverage from selected satellite and cable TV providers.
Especially REALMS is an interesting feature (hello, Metaverse) where you can create or spawn your own private or public rooms, space, or realms where you and your friends, family or co-workers can meetup. You can do anything from hosting a VR movie night inside your own movie theater to building a card-table for poker. It's compatible with browser, mobile and most VR headsets.
Go to the CounterSocial website

Mastodon is a decentralized social network that looks and feels a lot like Twitter. However, unlike Twitter, anyone can host their own Mastodon server, meaning you can have micro-blogging feeds (called 'Mastodon Instances') focused on specific topics. But of course you can also see posts on other public servers while being a member.
Think of Mastodon as a federated app (like different, separate miniaturized copies of Twitter talking to each other under certain conditions), where the Mastodon instances talk to each other and delivering content to each other that their users can follow.
When you first sign up to the platform, you're asked several questions about what you would care about appearing on your feed. And depending on your answers, you can then join an 'Instance' that is specifically tailored to your content preferences. Each Instance has its own moderator and rules
A problem with Mastodon is that not all content is accessible everywhere – each server admin makes explicit decisions on which other servers they want to peer with. The only content you get by default are the content that your server allows, unless you explicitly follow other Instances. But if you don’t get the content, you won’t ever see the person and won’t know s/he exists in the first place.
Go to the Mastodon website

MINDS bills itself as an open source social network dedicated to Internet freedom. As it says on its website: "Speak freely, protect your privacy, earn crypto rewards and take back control of your social media."
The site lacks an algorithm and claims no 'censorship', however you might want to interpret that. Another controversy involves its use of cryptocurrency: It pays users in MINDS Tokens when they create popular content, and users can spend these tokens to buy account promotions.
While the company has taken steps to remove the many hate groups that began using the platform to spread their messages, it is still working out the line between free speech and hate speech.
Go to the MINDS website

What they say about themselves: "We like to think Plurk as a social network for weirdos – the cool, uncompromising and loving community for misfits we all long to have. Some of the largest communities for cosplayers, knitters, anime lovers, gay and etc found their voice on Plurk. And for that we are proud."
Another Twitter-like micro-blogging platform that has been around since 2008 (when it was initially refered to as a rival to Twitter). It allows users to send messages of 360 characters in length. These messages are shown on other users’ timelines. A unique feature of its timeline is horizontal scrolling, not vertically, making them literal timelines.
Plurk also has a large international user base, due to the fact that it is translated into over 20 languages.
Go to the Plurk website 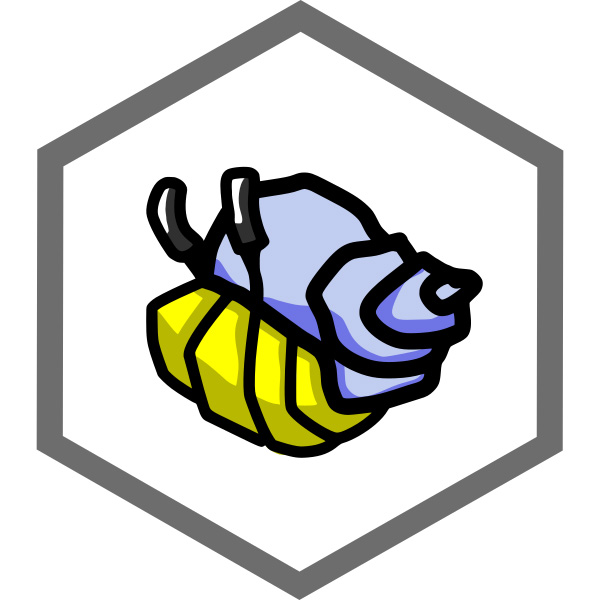 Scuttlebutt bills itself as a decentralized secure gossip platform.
Like other social platforms, you can send messages to your friends and share posts onto a feed. The cool thing is that the underlying technology here means that messages are passed directly between friends via a peer-to-peer (P2P) gossip protocol.
As a decentralized social network, Scuttlebutt passes the data from friend to friend, without any central server. The data is localized and distributed so it also happens to work offline.
The data you receive is gathered from your friends, and you get status updates only from people you follow. This makes it hard for two people with no shared connection between them to talk to each other, though you can subscribe to topics to discover new content.
Go to the Scuttlebutt website