Michael Berger is the Founder of Nanowerk LLC and since 2005, editor of the company's popular nanotechnology website nanowerk.com. 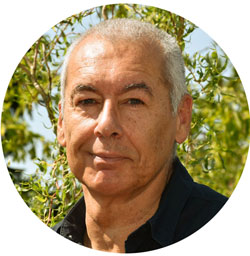 His goal with Nanowerk is to educate, inform and inspire about nanosciences, nanotechnologies and other emerging technologies.

He is an Advisory Board member at InterNano, a project of the National Nanomanufacturing Network. Check out his full professional profile and connect with him on LinkedIn.

Michael is author of three books by the Royal Society of Chemistry: Nano-Society: Pushing the Boundaries of Technology, Nanotechnology: The Future is Tiny, and Nanoengineering: The Skills and Tools Making Technology Invisible (Dec. 2019)

Reviews of Nanotechnology: The Future is Tiny:
The book is recommended not only to all interested scientists, but also to students who are looking for a quick and clear introduction to various research areas of nanotechnology. Angewandte Chemie, Volume 56, Issue 26, June 19, 2017, Pages 7351-7351
Once you start reading you will find it very difficult to stop. Chromatographia (2017) 80:1821
Contact Michael at [email protected].