Already there are a number of applications and procedures where nanotechnology assists or improves surgical procedures. Here are a few examples:

An alternative to brain surgery

Nanotechnology offers a vision for a 'smart' drug approach to fighting tumors: the ability of nanoparticles to locate cancer cells and destroy them with single-cell precision. One of the most important applications for such nanoparticulate drug delivery could be the delivery of the drug payload into the brain. However, crossing the blood-brain barrier – the brains protective shield – is a considerable challenge. With the help of special nanoparticles, this becomes possible. Read more: Nanotechnology could offer an alternative to brain surgery.

A tool for cell engineering

To study certain aspects of cells, researchers need the ability to take the innards out, manipulate them, and put them back. Options for this kind of work are limited, but researchers have developed a "nanoblade" that can slice through a cell's membrane to insert mitochondria. This nanoblade could find wider use in bioengineering. Read more: Performing cellular surgery with a laser-powered nanoblade. 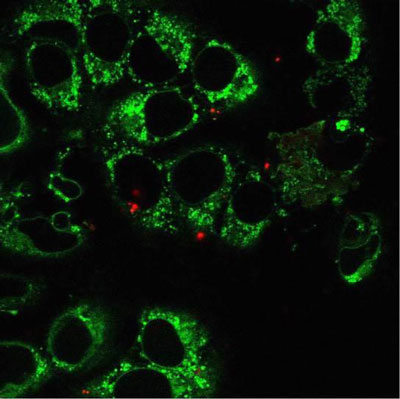 To rebuild damaged parts of a human body from scratch is a dream that has long fired human imagination, from Mary Shelley's Doctor Frankenstein to modern day surgeons. Now, a team of European scientists, working in the frame of the EUREKA project ModPolEUV, has made a promising contribution to reconstructive surgery thanks to an original multidisciplinary approach matching cutting-edge medicine to the latest developments in nanotechnology. Read more: Nanotechnology's contribution to reconstructive surgery.

Researchers have developed a biodegradable thin film of only about 20 nanometers thickness that could replace surgical stitches. The ultra-thin PLLA nanosheet has an excellent sealing efficacy for gastric incision as a novel wound dressing that does not require adhesive agents. Furthermore, the sealing operation repaired the incision completely without scars and tissue adhesion. This approach would constitute an ideal candidate for an alternative to conventional suture/ligation procedures, from the perspective not only of a minimally invasive surgical technique but also reduction of operation times. Read more: Plastic surgeons' dream? Scar-free surgery with nanotechnology sealant.

As a surgical specialty that heavily relies on technological innovations, it is expected that neurosurgery will significantly benefit from several graphene-based technological developments in the next decades. Read more about a primer on this topic: Graphene has potential to reshape neurosurgery.

Identifying malignant tissues by lighting them up

Researchers have developed a way to selectively insert compounds into cancer cells – a system that will help surgeons identify malignant tissues and then, in combination with phototherapy, kill any remaining cancer cells after a tumor is removed. It's about as simple as, "If it glows, cut it out. Read more: 'Glowing' new nanotechnology guides cancer surgery, also kills remaining malignant cells. This is another example from the labs that demonstrates a way for nanotechnology to kill cancer cells 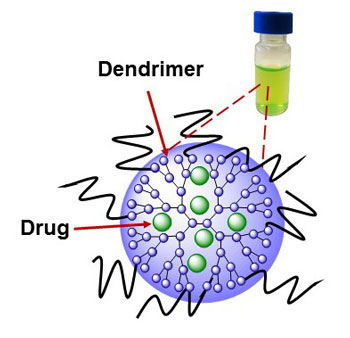 A new system to improve cancer surgery uses a nanoparticle called a dendrimer to carry a drug into cancer cells, that can set the stage for improved surgery and also phototherapy. (Image: Oregon State University)

Marking the spot for surgery