Much of nanoscience and many nanotechnologies are concerned with producing new or enhanced materials.

Nanomaterials can be constructed by top down techniques, producing very small structures from larger pieces of material, for example by etching to create circuits on the surface of a silicon microchip.
They may also be constructed by bottom up techniques, atom by atom or molecule by molecule. One way of doing this is self-assembly, in which the atoms or molecules arrange themselves into a structure due to their natural properties. Crystals grown for the semiconductor industry provide an example of self assembly, as does chemical synthesis of large molecules.
A second way is to use tools to move each atom or molecule individually. Although this ‘positional assembly’ offers greater control over construction, it is currently very laborious and not suitable for industrial applications.
Check out our detailed article on how nanoparticles are made.

The importance of scanning probe techniques

It has been 25 years since the scanning tunneling microscope (STM) was invented, followed four years later by the atomic force microscope, and that's when nanoscience and nanotechnology really started to take off. Various forms of scanning probe microscopes based on these discoveries are essential for many areas of today's research. Scanning probe techniques have become the workhorse of nanoscience and nanotechnology research.
Here is a Scanning Electron Microscope (SEM) image of a gold tip for Near-field Scanning Optical Microscopy (SNOM) obtained by Focussed Ion Beam (FIB) milling. The small tip at the center of the structure measures some tens of nanometers. 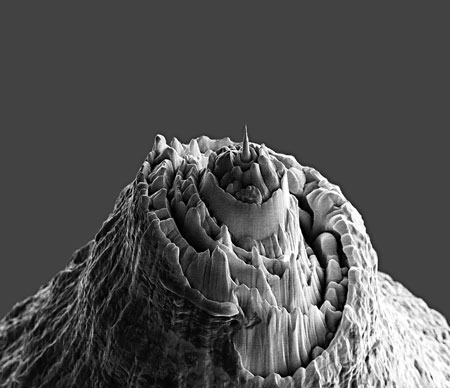 Current applications of nanoscale materials include very thin coatings used, for example, in electronics and active surfaces (for example, self-cleaning windows).
In most applications the nanoscale components will be fixed or embedded but in some, such as those used in cosmetics and in some pilot environmental remediation applications, free nanoparticles are used.
The ability to machine materials to very high precision and accuracy (better than 100nm) is leading to considerable benefits in a wide range of industrial sectors, for example in the production of components for the information and communication technology, automotive and aerospace industries. 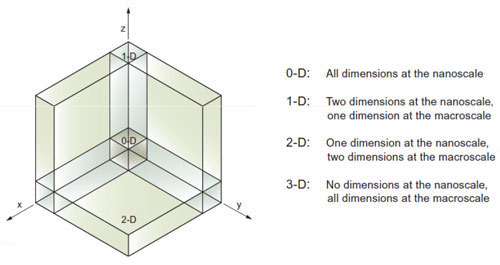 Classification of nanoscale dimensions. (Source: Tallinn University of Technology)
Some of these materials have been available for some time; others are genuinely new. The aim of this chapter is to give an overview of the properties, and the significant foreseeable applications of some key nanomaterials.

The key differences between nanomaterials and bulk materials

Two principal factors cause the properties of nanomaterials to differ significantly from other materials: increased relative surface area, and quantum effects. These factors can change or enhance properties such as reactivity, strength and electrical characteristics.
As a particle decreases in size, a greater proportion of atoms are found at the surface compared to those inside. For example, a particle of size 30 nm has 5% of its atoms on its surface, at 10 nm 20% of its atoms, and at 3 nm 50% of its atoms.
Thus nanoparticles have a much greater surface area per unit mass compared with larger particles. As growth and catalytic chemical reactions occur at surfaces, this means that a given mass of material in nanoparticulate form will be much more reactive than the same mass of material made up of larger particles. 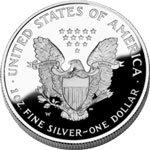 In tandem with surface-area effects, quantum effects can begin to dominate the properties of matter as size is reduced to the nanoscale. These can affect the optical, electrical and magnetic behavior of materials, particularly as the structure or particle size approaches the smaller end of the nanoscale. Materials that exploit these effects include quantum dots, and quantum well lasers for optoelectronics.
For other materials such as crystalline solids, as the size of their structural components decreases, there is much greater interface area within the material; this can greatly affect both mechanical and electrical properties.
For example, most metals are made up of small crystalline grains; the boundaries between the grain slow down or arrest the propagation of defects when the material is stressed, thus giving it strength. If these grains can be made very small, or even nanoscale in size, the interface area within the material greatly increases, which enhances its strength. For example, nanocrystalline nickel is as strong as hardened steel.
Understanding surfaces and interfaces is a key challenge for those working on nanomaterials, and one where new imaging and analysis instruments are vital.
Nanotechnology Introduction
What is nanotechnology
New materials: nanomaterials
What are synthetic nanoparticles?
What are quantum dots?
What is graphene? (w/infographic)
Two-dimensional (2D) materials
What is nanoengineering?
What are nanobots?
What are MXenes?
What is a MOF (metal-organic framework)?
What are metamaterials & metasurfaces?
van der Waals heterostructures
Carbon Nanotubes 101
How nanoparticles are made
Nanomaterials and Nanoscience
Nanofabrication
DNA Nanotechnology
Nanotechnology and the Concept of Friction
Atomic Force Microscopy (AFM)
Memristors
Metric Prefix Table
Nanotechnology Standards
Nanotechnology Education
Nanotechnology Applications
Applications of Nanomaterials
Nanobiotechnology
Nanoelectronics
Nanocoatings
Nanoplasmonics
Nanosensors
Food and Agriculture
Detection of foodborne illnesses
Energy
Energy (graphene only)
Graphene Batteries
3D Graphene
Furniture
Space
Cosmetics
Automotive Industry
Cement Industry
Construction
Displays
Nanomedicine
Fight against Alzheimer's
HIV/AIDS treatment
To fight and cure cancer
Surgery
Environment
Disaster relief and development cooperation
Green Industries
Sports Equipment
Nanotechnology Images