Europe is a key player in nanotechnology and, about on the same level as the U.S., invests hundreds of millions of dollars, or rather euros, into nanotechnology research and development projects. Whereas the U.S. National Nanotechnology Initiative (NNI) in was established in 2001 to coordinate Federal nanotechnology research and development, the European Union's slowly grinding bureaucratic mills came up with a comparable program only three years later. In May 2004, the European Commission adopted the Communication Towards a European Strategy for Nanotechnology. It seeks to bring the discussion on nanoscience and nanotechnology to an institutional level and proposes an integrated and responsible strategy for Europe. Since then, the EU has issued updates on how they are doing with two implementation reports, the last one issued just a few days ago. 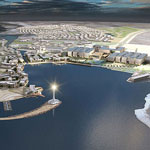 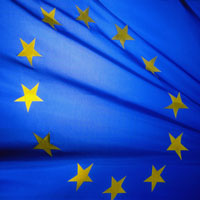 Regulations and legal provisions can serve several purposes. From a regulator's perspective priority is given to aspects of human safety and environment protection. For commercial firms, regulations on the one hand imply restrictions (compliance) and on the other hand offer a frame of reference and predictability of legal decisions. From a civil society's point of view regulations can be trust-building in the sense that it indicates a certain level of safety. A lack of regulations calls for voluntary measures in order to make sure that this kind of basic trust can be established. The following article aims at shedding light on this field of tension and gives an overview of the current state of European nanotechnology regulation.

R+D activities in nanotechnology in Canada are spearheaded by the federal government, provincial governments, as well as universities and national institutes. At the federal level, 9 institutes of the National Research Council (NRC), are conducting R+D in nanotechnology, while the major concentration of both research and industry can be found in Alberta, British Columbia, Ontario and Quebec. Most of these provinces have already established or will establish province-wide consortiums to promote economic development through nanotechnology. Currently, there are between 50 to 200 companies engaged in nanotechnology-related businesses, with numbers varied depending upon the definition of 'nanotechnology'.

Nanoscience and nanotechnology in Latin America

The year 2005 was an important year for nanoscience and nanotechnology in Latin America. Brazil increased federal funding for its nanotechnology program. In Mexico, the Senate Committee for Science and Technology declared itself in favor of the development of a National Emergency Program for investment in research and teaching of nanotechnology. In Colombia, the National Council of Nanoscience and Nanotechnology was created. But all this was not done without controversy; and it was in Argentina that conflicts in the scientific and political spheres were concentrated, with repercussions in the media. In Argentina, many of the things that took place in a short span of time might take longer than in many other Latin American countries.