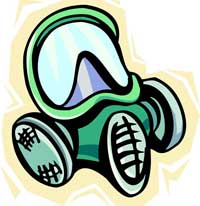 Notwithstanding the mixed news (to put it mildly) that individual investors have been getting from their nanotechnology stock portfolios, industry as a whole is pressing ahead with incorporating nanotechnologies in their products and processes. Unlike many other areas of science, nanosciences are capable of influencing a wide sweep of industrial and medical processes, from cleaner energy applications, to smart materials and revolutionary medical applications. It is increasingly difficult to know which products use nanotechnology or incorporate nanomaterials; nanotechnology consumer product directories give an idea where nanomaterials are used but are increasingly useless in helping to understand the full extent of nanotechnologies penetrating industrial manufacturing processes. Some consumer companies embrace 'nano' wholeheartedly and advertise their 'revolutionary' face creams, tennis rackets and car waxes; some, after increased scrutiny, have become very quiet about their nanotechnology activities (especially the large cosmetics and food companies); and some even change their company name to something that doesn't include 'nano' ('cleantech' or 'greentech' has become the new nanotech). Combine this technological shift that is taking place in industries across the board with the still existing lack of conclusive answers about the toxicity of nanomaterials, and you get a worrisome mix of industry pushing ahead unconstrained, a regulatory environment where key constituencies are ill prepared and underfunded to address the issues with the speed required, and public opinion that covers the whole range from activists calling for a complete moratorium on all things nano to snake-oil salesmen who promise nanotechnology stock tips that will make you a gazillionaire. Oh, and apparently now you can also add to this mix certain religious types in the U.S. who find nanotechnology is morally not acceptable.

Nanotechnology materials to the rescue of stone monuments 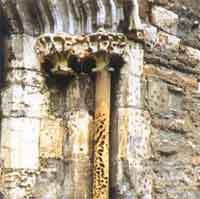 The list of great monuments and frescoes destroyed or seriously damaged by negligence or criminal action is dramatically increasing, and the biggest culprit is air pollution. Pollutants such as sulfur dioxide and nitrogen oxides are the most serious causes of degradation in carbonate stone, which in the form of marble, limestone and similar materials comprises some of the most important monuments and artifacts in the world. The main damage to monuments is that the stonework becomes sulphated through the transformation of calcium carbonate to calcium sulphate owing to the presence of sulphur dioxide. Two forms of deterioration then take place: the constitution of a black film in areas sheltered from the rain, and elsewhere the crumbling of the interior of the stone. For instance, UNESCO estimates that the surface eaten away annually in a cultural heritage site such as Venice represents 6 per cent of marble and stone monuments and 5 per cent of frescoes. The problem is not only what causes the damage but also how repairs are done. Quite often, the experts in charge of restoration work - architects, restorers, renovators - conduct their work without previous scientific studies of the damaged monument. Specifically the consolidation of decayed stone in historical buildings is a common intervention that can cause irreparable damage to the monument. Although commercial products, such as alkoxysilanes that are commonly used to consolidate stone, present unquestionable advantages they also present certain disadvantages totally ignored by the experts in charge of their application. Scientists in Spain are committed to the development of new nanotechnology materials specifically suited to stone-based historical structures. Their objective has been the development of a new nanomaterial which forms a crack-free gel in the pores of the treated stone. 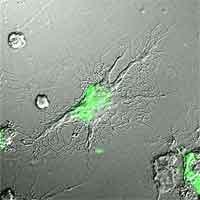