There is a huge effort underway to use memristor devices in neuromorphic computing applications and it is now reasonable to imagine the development of a new generation of artificial intelligent devices with very low power consumption (non-volatile), ultra-fast performance and high-density integration. In new work,r esearchers were not only able to achieve to small switching effects in memristors using light, they take advantage of a percolating-like nanoparticle morphology to vastly increase the magnitude of the switching between electronic resistance states when light is incident on the device.

Resistive random access memory (RRAM) is envisioned as a next generation non-volatile memory because of the simple device geometry, ease of fabrication and operation. The necessity of high-density information storage and its relevance in neuromorphic circuitry has gained much attention and led to the development of multilevel resistive switching (MRS) for multiple memory states. In a recent study, researchers have defined a new figure-of-merit to identify the efficiency of resistive switching devices with multiple memory states. This will assist researches as well as technologist in classifying and deciding the true merit of their memory devices.

It seems that computer memory technology is coming full circle. Pioneers in the early 19th century, such as Charles Babbage, first proposed the use of paper memory (albeit non-electronic), where a bit was stored as the presence or absence of a hole in a paper card. State-of-the-art research today again is proposing the use of paper as memory devices. This time, although he paper may be very similar, the bits are not crudely punched holes but nanofabricated device structures. In new work, researchers demonstrated a paper-based, nonvolatile memory device. Theyused a combination of inkjet and screen printing to fabricate resistive RAM memory cells on commercial printing paper.

Bi-stability is widely used in digital electronics devices to store binary data. It is the essential characteristic of the flip-flop, a circuit widely used in latches and some types of semiconductor memory. However, it is possible to store more data at the nanoscale with multi-stable memory functions. Researchers have now developed a multi-stable nonvolatile soft memory function by doping ferroelectric nanoparticles into liquid crystal matrices.

Sticker-type organic memory that is rewritable, transferable, and flexible

Future electronics will look nothing like today's rigid boxes, be they the latest smartphones, tablets, or computers. Instead, they will be extremely light, soft, flexible, transparent, and integrated into everyday objects like paper or fabrics. These advanced electronic systems will be fabricated on soft substrates by integrating multiple crucial components such as logic and memory devices as well as their power supply. Researchers have now successfully demonstrated a rewritable, transferable, and flexible sticker-type organic memory on arbitrary nonconventional substrates through a simple, low-temperature and cost-effective one-step methodology. 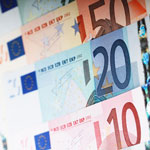