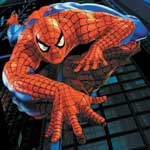 Scientists are intensely researching how animals like spiders and geckos generate the high adhesion force that allows them to cling to walls and walk on ceilings, feet over their head. While this research so far has focused on novel materials like carbon nanotubes to replicate spider feet and gecko toes, a key challenge for materials engineers is the scaling up of such materials from small animals to, say, spiderman gloves that support a fully grown human. Complementing the ongoing gecko biomimetic materials research, Nicola M. Pugno, an Associate Professor of Structural Mechanics at the Politecnico di Torino in Italy, has developed what he termed Adhesive Optimization Laws. 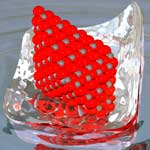 Titanium dioxide nanoparticles have become a commercially significant nanomaterial and are being used in products around the world - in cosmetics and sunscreen lotions, paint formulations, coatings, self-cleaning additives, even in antibacterial applications. The increased use of nanomaterials such as titania goes hand in hand with a growing number of reports on the risks associated with these materials, which have arisen because insufficient information has been gathered about their reactivity and stability once they leave the laboratory. Unfortunately, pinpointing every conceivable situation that nanoparticles could interact in is an enormous multi-parameter problem and solving this by experimental testing alone is not feasible due to the huge numbers of combinatorial variations. This is where theoretical predictions can help, by rapidly and systematically sampling possibilities, and highlighting where experimentalists should focus their attention. 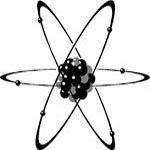 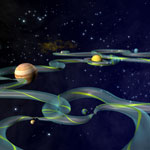 Advice for mechanical engineers: get into nanotechnology 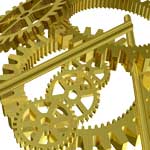 The term 'mechanical engineering' generally describes the branch of engineering that deals with the design and construction and operation of machines and other mechanical systems. Students training to become engineering professionals have to delve into subjects such as instrumentation and measurement, thermodynamics, statics and dynamics, heat transfer, strengths of materials and solid mechanics with instruction in CAD and CAM, energy conversion, fluid dynamics and mechanics, kinematics, hydraulics and pneumatics, engineering design and so on. If you are currently doing coursework in mechanical engineering, better add nanotechnology courses to your core curriculum.

The debate about converging technologies

The Office of Technology Assessment at the German Parliament (TAB) has released a massive 266-pages report on Converging Technologies (CT). The report's author, Christopher Coenen, analyses CT-related political initiatives and activities in the USA, European Union and Germany as well as some other countries. Utopian and dystopian long term visions for Converging Technologies and Human Enhancement offer clear potential for social conflict. Most of the discussions have so far been limited to academic circles, but some have reached political relevance. These focus on the relationship between nature and technology and between the grown and the artificial. Differences in views on what it means to be human are central to these disputes. The criticism against promoters of convergence visions is that the feasibility is doubtful and that the views are inspired by political and ideological motives. The report outlines options for actions and the possible requirements for research and he ends his report by suggesting options for research funding.

Nanotechnology is revealing when it comes to fingerprints 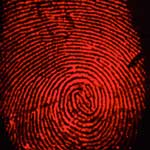 Archaeological evidence indicates that ancient Chinese and Babylonian civilizations already were using fingerprints to sign legal documents as early as 1000 BCE. As early as 1880, Dr Henry Faulds, an English physician working in Tokyo, published a letter in the journal Nature suggesting the use of fingerprints for identification purposes. Today, fingerprints are still the primary method of identification of criminals although the techniques for fingerprint detection and enhancement have become hi-tech and involve nanotechnology applications. The most problematic of fingerprints are latent prints that are not readily visible and that require development by chemical and/or physical means. Usually, the choice of the technique for fingerprint development is dependent on the composition of latent fingerprints, on the type of substrate and on the ability of the technique to be applied in sequence in the context of the case. A new review paper describes the current status of nanotechnology-based techniques such as application of metal-containing nanoparticles and nano-structured particles to fingermark detection. It concluds that nanotechnology is likely to play a major role in the future to deliver more selective and more sensitive ways to detect and enhance fingermarks.