Government of Greece files trademark claim for the term nanotechnology 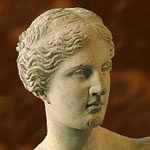 Taking the patent land grab to a new level, the government of Greece today, April 1, filed a patent and trademark application for the term nanotechnology with the European Patent Office. The country is thereby seeking the right to prevent third parties from commercially exploiting these and related terms without paying royalties. Notwithstanding the moral high ground the Greek government is trying to occupy, observers note that the real reason for this surprising move is very simple and very down-to-earth: money. Cash-strapped Greece, on the brink of bankruptcy, is desperate for revenues. Greece's massive debt problem has shaken the entire euro zone and undermined the shared currency. Greece's public debt is so high that the country could default - with potentially dire results for the Euro.

A risk manager's approach to nanotechnology 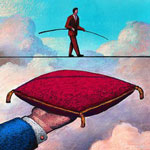 A scarcity of empirical data - especially regarding losses - hampers nanotechnology-related risk dialogue. Nanotechnology is a growing niche, so there is little litigation or loss history to analyze. Thus, much of the discussion of nanotechnology and its management flows from hypothetical examples. Less murky is the fact that nanotechnology is not a passing fad. It has innovative applications for a range of technologies and sectors, including drug delivery, medical imaging, integrated sensors, and semiconductors. The biggest areas of nanotechnology risk management concerns lies in workers' compensation and product liability. This article looks at industry responses and risk management strategies. 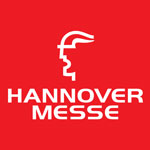 A universal law for characteristic temperatures at the nanoscale 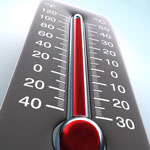 The physical properties of nanostructures have been investigated extensively both theoretically and experimentally. Among these properties, melting temperature, superconductive temperature, Curie temperature and Debye temperature are key physical quantities since they are the characteristic temperatures of melting, superconduction, ferromagnetism and vibration. When the size of materials approaches the nanoscale, the surface-to-volume ratio increases and matter begins to behave exotically. Considering this, scientists can predict size effects on material properties from macroscopic laws, the so-called top-down approach. They present a general equation that is based only on the surface area to volume ratio of nanostructures and statistics (Fermi-Dirac or Bose-Einstein) followed by the particles involved in the considered phenomena (melting, ferromagnetism, vibration and superconduction). 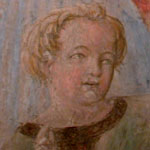 A couple of years ago we reported on applications of nanotechnology-based processes to the restoration and preservation of priceless artwork. Researchers have shown that nanodispersions of solids, micelle solutions, gels and microemulsions offer new reliable ways to restore and preserve works of art by merging together the main features and properties of soft-matter and hard-matter systems, allowing the synthesis of systems specifically tailored for the works of art to fight the deterioration processes which threaten many priceless masterpieces. Researchers at the University of Florence, who have been leading efforts to apply nanoparticle-based cleaning agents for artwork, have now further developed their work by exploring the design of novel systems containing low amounts of volatile oils as low-impact cleaning tools for the removal of aged polymeric coatings from the surface of paintings. 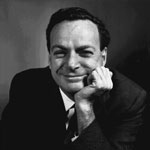 Eric Drexler replies to yesterday's Spotlight on Feynman and nanotechnology. 'Neither Feynman nor the vision of molecular manufacturing created the fields that have joined to become 'nanotechnology', nor did they provide the concrete scientific opportunities and technological applications that drive it forward. However, what set nanotechnology on its path to prominence was not a sudden realization by the public and politicians that new molecules and nanostructures have a host of applications in materials, sensors, and so on. It was, and is, the promise of revolutionary advances in atomically precise manufacturing, advances that will build on the technology platform now emerging from nanotechnology research.' 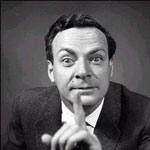