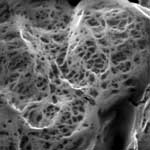 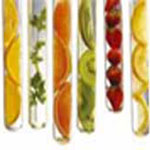 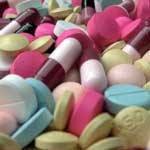 Typically, nanoparticles have been used for drug delivery and it has been only recently that carbon nanotubes (CNTs) have gained attention as potential drug delivery vehicles. Carbon nanotubes offer a number of advantages which suggest that they may provide an improved result over nanoparticles. They have a larger inner volume which allows more drug molecules to be encapsulated, and this volume is more easily accessible because the end caps can be easily removed, and they have distinct inner and outer surfaces for functionalization. Current research has shown the ability of CNTs to carry a variety of molecules such as drugs, DNA, proteins, peptides, targeting ligands etc. into cells - which makes them suitable candidates for targeted delivery applications. Despite these advantages, a suitable delivery system has not been developed yet for the targeted delivery of CNTs to specific sites. A research team from various Canadian and U.S. universities has now demonstrated, for the first time, the design and development of a novel microcapsule carbon nanotube targeted delivery device. 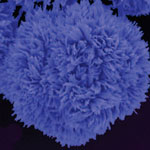 The thing with technology is that the science behind it isn't good or bad but the way it is used could make all the difference. There are plenty of examples throughout history. Military nanotechnology is a good present day example. And we don't even need to talk about the weird, far-out stuff like nanobots and the Casimir force. Take explosives. While on one side there is research going on to improve high explosives through nanoscale structuring, other research teams are putting a lot of effort into detecting ever smaller trace amounts of explosives and building the ultimate nanoscale bomb dog. A recent example has been demonstrated by scientists in China, who obtained organic super-nanostructures via a simple solution process, and, for the first time, demonstrated that such structures can be applied as chemosensors to detect explosives. 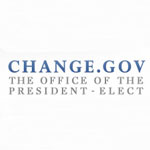 Nanotechnology is the engineering of functional systems at the molecular scale. In its advanced form, which should be achieved within the next decade or two, the technology will allow a revolution in manufacturing - building powerful products with atomic precision from the bottom up - and could fundamentally alter our ability to confront challenging issues such as climate change. In the United States, a new President is about to take office, and is expected to bring with him a totally new outlook on science. We think it?s important now to let Mr. Obama and his advisors know the most important factors about the near future of nanotechnology and its potential impacts, especially as it relates to climate change. 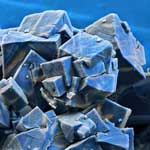 Scintillation - a flash of light, lasting only nanoseconds to microseconds, produced in a particular material when it absorbs ionizing radiation - is one of the main methods used for the detection of ionizing radiation. Scintillators are very versatile and can be used for detecting almost all types of radiation in a wide range of energy from several electron volts (eV) to tens of billion of electron volts (GeV). Scintillation is useful for sensing alpha, beta and gamma radiation as well as other nuclear particles and in some cases determining the particle type. For example, organic scintillators can sense fast neutrons emitted spontaneously from fissile isotopes of uranium and plutonium, enabling passive detection of nuclear weapons. The detection and identification of subatomic particles is not only important for nuclear nonproliferation efforts but is a wide-ranging scientific problem with implications for medical devices, radiography, biochemical analysis, particle physics, and even astrophysics. Scientists from the Sandia National Laboratories in California have now proposed that metal-organic frameworks (MOFs) could potentially offer the desired level of structural control, leading to an entirely new class of radiation detection materials.

Nanoengineered vaccine capsules for the stimulation of immune responses 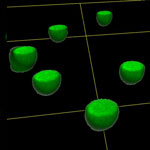 Conventional vaccine development is based on the body's successful approach to dealing with viral infections. Unfortunately, standard vaccine technologies are ineffective against some of the most devastating infectious diseases such as HIV. A key role in developing cell-mediated immunity against viruses is played by so-called T-cells, which belong to a group of white blood cells known as lymphocytes. One variant of T-cells (cytotoxic T lymphocytes) directly attacks body cells that are infected with a virus or malignant or abnormal tumor cells. These 'killer' T-cells are called into action by 'helper' T-cells, which also activate other immune cells to produce antibodies. HIV, though, takes over helper T-cells and uses them to replicate itself. A major focus in AIDS research has therefore been the development of a 'T-cell vaccine' that induces T-cell immunity. While it was shown that peptides in blood could effectively stimulate T cell immunity in monkeys, and peptides are considered safe vaccine antigens, proteases in vivo can rapidly degrade peptide-based vaccines and this has limited their utility to date. New research by scientists in Australia represents an important finding for vaccine delivery as it demonstrates a feasible method for protecting biologically active peptides for delivery to antigen presenting cells (APCs). 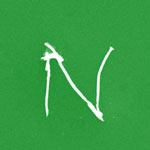 Civilization as we know it would, literally, fall apart without techniques to join materials together. With its historic development tracing back to the Bronze Age, welding has been one of the key technologies that serves modern industry in broad areas such as construction, manufacturing, and engineering. As we have reported in a previous Nanotechnology Spotlight, this Bronze Age technique could prove very useful in building complex nanostructures. Researchers at the University of Sheffield in the UK have now demonstrated the ability to reliably weld individual nanowires and nanoobjects into complex geometries with controllable junctions. This represents a significant breakthrough for the current and future bottom-up localized assembly, integration, and repair of micro- and nanodevices.