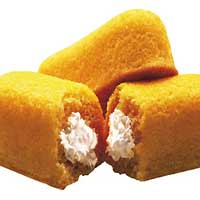 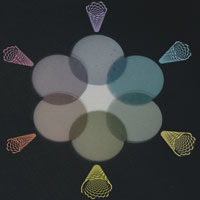 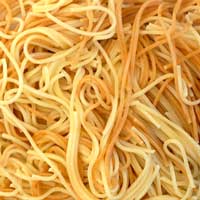 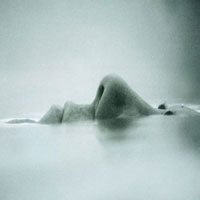 Alzheimer's disease (AD), a brain disorder named for German physician Alois Alzheimer who first described it in 1906, is a disease that destroys brain cells, causing problems with memory, thinking and behavior. Alzheimer's gets worse over time, and it is fatal. It is also the most common form of dementia. The latest estimate is that 26.6 million people were suffering from Alzheimer's disease worldwide in 2006, and this number will rise to 100 million by 2050 - 1 in 85 of the total population. The latest 2008 data for the US alone estimates that 5 million Americans have the disease, with an estimated increase to 11 to 16 million by 2050. Not only does Alzheimer's have no cure, even its cause is unknown (research has led to several theories that are still being investigated). The onset of AD is usually very slow and gradual and, since there is no test for it, there is no clear-cut line between normal age-related changes and warning signs. An absolute diagnosis of AD can only be determined during the examination of brain tissue, which is usually done during an autopsy. A recent report provides an overview of the promises that nanotechnology brings in research on diagnosis and therapy of AD. 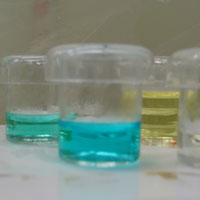 The art of peeling tomatoes and the science of tearing 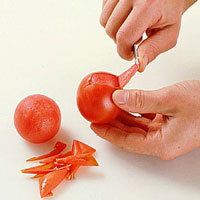 Have you ever tried to peel a fresh tomato? Then you probably know that frustrating feeling when you end up with lots of little, mostly triangular pieces of skin. Of course you will also have remembered your grandma's trick to pour hot water over a tomato before skinning it; surprisingly, the skin then comes off easily in just a few large pieces. There are lots of other examples from our daily lives with similarly aggravating experiences: Frustrated by scotch tape that won't peel off the roll in a straight line? Angry at wallpaper that refuses to tear neatly off the wall? Cursing at the price sticker that doesn't come off in one piece? Or you dutifully follow the 'tear along the dotted line' instruction on a re-sealable bag only to be confronted with a tear that is anywhere but on the dotted line. Physicists, mathematicians and materials engineers love these things because it gives them a chance to explain everyday phenomena with impressive looking formulas and diagrams. Wrinkling, folding and crumpling of thin films have been characterized by experiments, theory and numerical simulations. A new study now adds a new element: fracture. The results suggest that the coupling between elasticity, adhesion and fracture, imprinted in a tear shape, can be used to evaluate mechanical properties of thin films and could even be applied at the nanoscale. 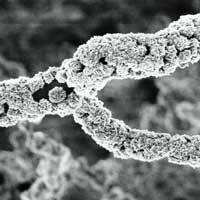