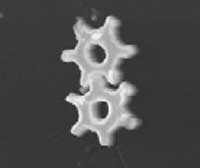 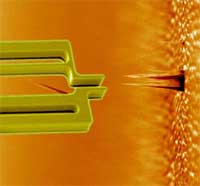 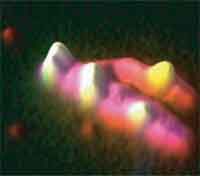 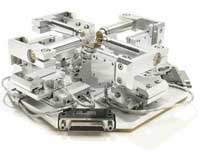 It's not quite like in Isaac Asimov's science fiction classic Fantastic Voyage, where five people travel in a submarine inside a person's blood stream, but scientists have talked for quite some time about micro and nanorobotic devices that can travel inside the human body and carry out a host of complex medical procedures such as monitoring, drug delivery and cell repair. Recent developments in micro- and nanoscale engineering have led to realization of various miniature mobile robots. It turns out that the most significant bottleneck for further miniaturization of mobile robots down to micrometer scale is the miniaturization of the on-board actuators and power sources required for mobility. Nature has already provided remarkable solutions to this problem by evolving chemically powered molecular motors. Such biomotors seem to be one of the most promising choices for on-board actuation. They are advantageous over man-made actuators because they are much smaller in size and are capable of producing more complicated motions. More importantly, they convert chemical energy to mechanical energy very efficiently. However, the major drawback of biomotors is that isolating and reconstituting them are complicated tasks with low yield and it is difficult to interface them with electronic circuitry. This has led scientists to successfully experiment with a new approach by using flagellar motors (the propulsion system of bacteria), still inside the intact cells, as actuators.

The success of nanorobotics requires the precise placement and subsequent operation of specific nanomechanical devices at particular locations, thereby leading to a diversity of structural states. The structural programmability of DNA makes it a particularly attractive system for nanorobotics. A large number of DNA-based nanomechanical devices have been described, controlled by a variety of methods. These include pH changes and the addition of other molecular components, such as small molecule effectors, proteins and DNA strands. The most versatile of these devices are those that are controlled by DNA strands. This versatility results because they can be addressed specifically by strands with particular sequences. Researchers at New York University have developed a framework that contains a binding site â?? a cassette â?? that allows insertion of a rotary device into a specific site of a DNA array, allowing for the motion of a nanorobotic arm. Changing the cassetteâ??s control sequences or insertion sequences allows the researchers to manipulate the array or insert it at different locations.