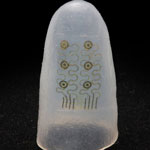 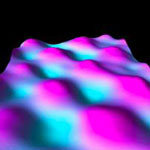 Doping, the process of adding impurity atoms to semiconductors to provide free carriers for conduction, has been pivotal to microelectronics since its early stages. In particular doping germanium at high concentrations to make it highly conductive is the subject of intense research, because it lies at the heart of novel developments in integrated silicon-compatible lasers and quantum information processing devices. Researchers have now demonstrated a method to densely pack dopant molecules on the germanium surface, which then self-organize to form molecular patterns with one phosphorus dopant atom every two germanium atoms. The key finding is that when you deposit phosphine molecules on a germanium surface, they naturally form molecular patterns with one phosphorus atom every two germanium atoms that densely pack the surface. 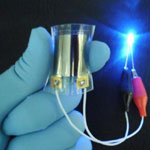 High-performance flexible power sources have gained attention as they enable the realization of next-generation bendable, implantable, and wearable electronic systems. Numerous approaches to fabricate flexible energy sources have been developed, ranging from various designs for transparent electrodes to entire nanogenerators for self-powered devices and systems. In the past, researchers have tried to design flexible batteries with compliant materials in order to enhance the mechanical flexibility such as organic materials or nano/micro structured inorganic materials mixed with polymer binders. However, these organic materials have a low specific power density due to binder space and they generally have shown low performance for operating flexible devices such as bendable displays. In a new study, researchers have fabricated an all-solid-state bendable lithium-ion battery (LIB) structured with high-density inorganic thin films using a new universal transfer approach, which enables the realization of diverse flexible LIBs regardless of electrode chemistry. 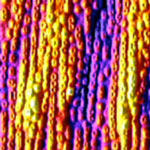 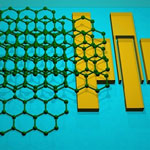 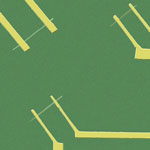 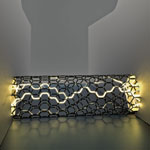 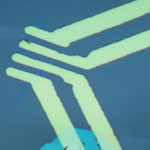