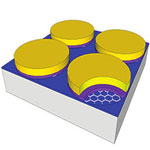 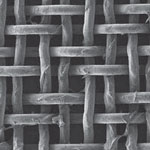 In the last couple of years, there has been particularly growing interest worldwide in exploring ways of finding suitable solutions to clean up oil spills and deal with industrial oily wastewater through use of nanomaterials. Key for the success of these materials is a high separation capacity, with resistance to oil fouling, and that are easily recyclable. Oil/water separation is an interfacial challenge, and novel materials designed to possess special wettability have different interaction and affinity for oil and water, thus can realize the separation. Until now, researches in this field all focus on materials with both hydrophobic and oleophilic properties. However, the oil-removing type of materials is easily fouled even blocked up by oils because of their intrinsic oleophilic property. A novel superhydrophilic and underwater superoleophobic hydrogel coated mesh can selectively separate water from oil/water mixtures effectively and without any extra power. 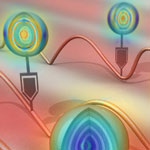 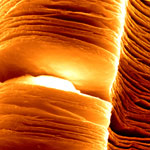 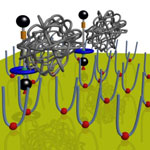 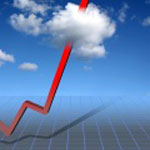 It is quite difficult - not least because there is no consensus about a proper definition - to assess the scope of nanotechnology research and its impact on the overall scientific body as well as its commercialization prospects. In a new attempt to put some numbers behind the general perception of a rapidly expanding nanotechnology field, two researchers at UC Davis have trawled scientific databases and come up with some surprising findings. For instance, that China has now overtaken the USA in annual research paper output related to nanoscience and nanotechnology. Also, the proportion of "nano"-related articles relative to the total size of the subject categories (such as physics, materials sciences or chemistry) has risen dramatically over the past 13 years. 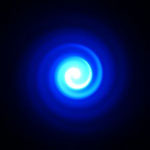 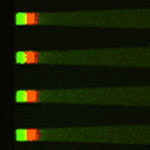 Molecular separations are extremely important in a wide range of technologies, from conventional proteomics to pathogen detection and DNA fingerprinting. A complication arises from the fact that molecular components in mixtures can span an enormous range of concentration. Conventional approaches such as antibody depletion are not sensitive enough to detect numerous medically significant biomarkers, whose incidence in blood could be as much as a trillion times less abundant than the most plentiful protein, albumin. New research shows a new path in miniaturized molecular separations. It describes a new device that demonstrates simultaneous concentration and separation of proteins by conductivity gradient focusing. Concentration and separation take place in an electric-field-driven 120 nm deep nanochannel that supports a stable salt and conductivity gradient. The results show that relevant proteins can be concentrated to detectable levels.