There is currently a tremendous amount of interest in the solution processing of inorganic materials. Low cost, large area deposition of inorganic materials could revolutionize the fabrication of solar cells, LEDs, and photodetectors. The most common methods currently used for film formation are spin coating and dip coating, which provide uniform thin films but limit the geometry of the substrate used in the process. The same nanocrystal solutions used in these procedures can also be sprayed using an airbrush, enabling larger areas and multiple substrates to be covered much more rapidly. The trade-off is the roughness and uniformity of the film, both of which can be substantially higher. Researchers have now attempted to quantify these differences for a single-layer solar cell structure, and found the main difference to be a reduction in the open circuit voltage of the device.

Organic solar cells are regarded as an emerging technology to become one of the low-cost thin-film alternatives to the current dominating silicon photovoltaic technology, due to their intrinsic potential for low-cost processing (high-speed and at low temperature). However, it is generally believed that the PCE needs to be improved to above 10% in order for organic solar cells to become truly competitive in the marketplace. Currently, the best reported PCE, achieved in laboratories, lies in the range of 6.7% to 7.6% for molecular, and 8.3% to 10.6% for polymeric OPVs.

Many researchers are investigating the development of flexible solar cells in hopes of improving efficiency and lowering manufacturing costs. As an important member of the organic photovoltaics family, polymer solar cells draw the most research interest, due to the relatively high power conversion efficiency achieved. However, compared to the high efficiencies of inorganic solar cells, the best polymer solar cells still show a lower efficiency. Improved nanomorphology is seen as key to improving the efficiency of organic solar cells. One particular nanotechnology approach would use nanoimprint lithography to produce precisely nanostructured devices rather than using chemical methods of manufacturing. 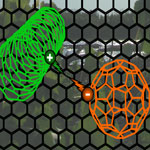 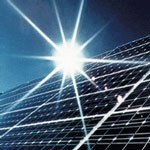 The significant research interest in the engineering of photovoltaic (PV) structures at the nanoscale is directed toward enabling reductions in PV module fabrication and installation costs as well as improving cell power conversion efficiency. With the emergence of a multitude of nanostructured photovoltaic device architectures, the question has arisen of where both the practical and the fundamental limits of performance reside in these new systems. A particular advantage of nanostructured materials is the tunability of their optical and electronic properties, which enables improved PV power conversion efficiencies by implementing strategies for reducing thermal losses. A recent review article addresses the limits to the performance of molecular, organic, polymeric, dye-sensitized, and colloidal quantum dot-based solar cells. 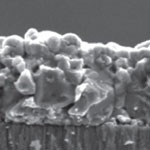