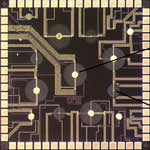 Gas sensors often operate by detecting the subtle changes that deposited gas molecules make in the way electricity moves through a surface layer. One advantage that carbon nanotubes offer for gas sensors, compared to metal oxide materials, is their fast response time and the fact that they react with gases at lower temperatures, sometimes even as low as room temperature. In order for CNT-based sensors to be able to compete with state-of-the-art CMOS technology, researchers need to develop a low cost, reliable and large-scale reproducible CNT deposition process on the wafer level. Researchers in the UK have now presented a novel concept of wafer level localized growth of 'spaghetti'-like CNTs on a fully processed CMOS substrate. This is the first successful proof of concept for growing CNTs at the post CMOS wafer stage.

Nanotechnology in the automotive industry 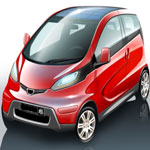 The rise of white graphene

Along with graphene, boron nanoribbons have attracted more and more fundamental research interest. However, a major challenge in providing experimental evidence is that the preparation of atomically thin boron nanoribbons is very difficult. In new work that represents an important step in bridging theoretical predictions and experimental realization of atomically thin boron nanoribbons, reseaerchers demonstrate the successful fabrication of 'white graphene' nanoribbons - made of thermally and chemically stable atomic layers of hexagonal boron nitride - by unwrapping multiwalled boron nanotubes under delicate argon plasma etching. They show that the insulator-semiconductor electrical transition takes place during this processing and that this typically electrically insulating compound becomes a semiconductor when it is in ribbon morphology.

Predicting the toxicological effects of nanomaterials with novel modeling approach 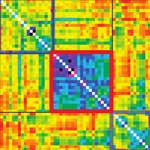 In a new research field that could be called 'experimental nanotoxicology', scientists have now, for the first time, demonstrated that biological effects of manufactured nanoparticles can be predicted using their chemical, physical, and geometrical properties. The results successfully demonstrate the high potential of cheminformatics approaches for improving the experimental design and prioritizing the biological testing of novel manufactured nanoparticles. The team modeled their approach after a process used in drug design and chemical synthesis, where the chemical structure of a new compound is quantitatively correlated with a well defined process, such as biological activity or chemical reactivity. Such a Quantitative Structure Activity Relationship (QSAR) can then be utilized to help guide chemical synthesis and drug design. They termed their approach quantitative nanostructure-activity relationship (QNAR) modeling.

Nanocatalysis: Applications in the chemical industry

Nanocatalysis - the use of nanoparticles to catalyze reactions - is a rapidly growing field which involves the use of nanomaterials as catalysts for a variety of homogeneous and heterogeneous catalysis applications. Heterogeneous catalysis represents one of the oldest commercial practices of nanoscience; nanoparticles of metals, semiconductors, oxides, and other compounds have been widely used for important chemical reactions. Since nanoparticles have a large surface-to-volume ratio compared to bulk materials, they are attractive candidates for use as catalysts. Although surface science studies have contributed significantly to our fundamental understanding of catalysis, most commercial catalysts, are still produced by 'mixing, shaking and baking' mixtures of multi-components; their nanoscale structures are not well controlled and the synthesis-structure-performance relationships are poorly understood. 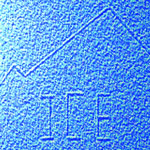 Researchers at Harvard University have shown that nanostructures can be patterned with focused electron or ion beams in thin, stable, conformal films of water ice grown on silicon. They demonstrated ice lithography as a lithographic technique for patterning e.g. metal wires down to 20 nm wide. What's interesting about this technique is that patterning with ices of any condensed gas is a straightforward and practical process. Ice resist does not require spinning or baking. All processing and patterning steps can occur in a single evacuated chamber and be monitored at high resolution. The final removal of unexposed resist leaves minimal residues. Environmentally harmful solvents are not required and complete dry removal of the ice layer can be performed by in situ sublimation. Also, ice lithography makes it possible to nanopattern chemical modifications into silicon and other substrates. The team has now reported the successful application of ice lithography to the fabrication of nanoscale devices. 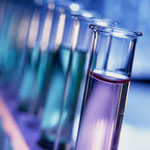 Understanding the behavior and impacts of nanomaterials in the environment and in human health is a daunting task. Today, we don't even know what the impact of most chemicals is, and that includes products we have been using for many years. Nevertheless, a general understanding about nanotoxicity is slowly emerging as the body of research on cytotoxicity, genotoxicity, and ecotoxicity of nanomaterials grows. Many of the published toxicity studies have limited relevance, due, in large part, to study design limitations, including inadequate justification for dose selection or route of exposure criteria. A recently published article addresses myths and misconceptions regarding nanotoxicology. 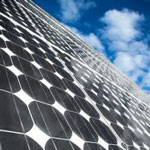 Compared to silicon-based devices, polymer solar cells made of conducting plastic material are lightweight, relatively inexpensive to fabricate, flexible, designable on the molecular level, and have little potential for negative environmental impact. The big question today is to what degree polymer solar cells will be able to commercially compete with silicon solar cells. With the exciting vision of organic solar cells becoming a low-cost electricity source available in any size and shape, as flexible thin films and even coatings, researchers all over the world are working on making organic solar cells commercially attractive. Finding a relatively simple way of polymerizing fullerenes and including this new material in photovoltaic cells, researchers have opened a route towards plastic solar cells that are much cheaper and easier to fabricate than conventional silicon-based photovoltaic panels.