Artificial photosynthesis can offer a clean and portable source of energy supply as durable as the sunlight. Using sunlight to split water molecules and form hydrogen fuel is one of the most promising tactics for kicking our carbon habit. Of the possible methods, nature provides the blueprint for converting solar energy in the form of chemical fuels. A natural leaf is a synergy of the elaborated structures and functional components to produce a highly complex machinery for photosynthesis in which light harvesting, photoinduced charge separation, and catalysis modules combined to capture solar energy and split water into oxygen and hydrogen efficiently. Chinese researchers have now demonstrated the design of an efficient, cost-effective artificial system to mimic photosynthesis by copying the elaborate architectures of green leaves, replacing the natural photosynthetic pigments with man-made catalysts and thereby realizing water splitting- a major advance in energy conversion. 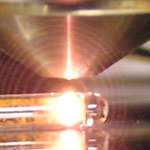 It has been known for several years that carbon nanotubes would heat, ignite and luminesce upon exposure to certain types of electromagnetic radiation, including laser light. However, no one expected any form of fullerenes to do the same thing. Until now. A team at the University of Florida has discovered that functionalized fullerenes heat, ignite, glow and transform into other carbon nanostructures such as carbon nanotubes upon exposure to low-intensity laser light. This is the first time these findings have been published. A possible explanation for the optical heating and ignition phenomena that have been observed is a distortion of the symmetrical cage structure of the fullerenes.

Future bio-nanotechnology will use computer chips inside living cells 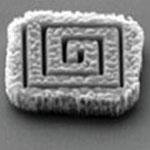 Continuing miniaturization has moved the semiconductor industry well into the nano realm with leading chip manufacturers on their way to CMOS using 22nm process technology. With transistors the size of tens of nanometers, researchers have begun to explore the interface of biology and electronics by integrating nanoelectronic components and living cells. While researchers have already experimented with integrating living cells into semiconductor materials other research is exploring the opposite way, i.e. integrating nanoelectronics into living cells. Researchers in Spain have demonstrated that silicon chips smaller than cells can be produced, collected, and internalized inside living cells by different techniques (lipofection, phagocytosis or microinjection) and, most significantly, they can be used as intracellular sensors. 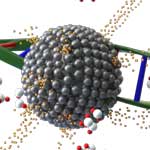 Cancer treatment typically involves chemotherapy, radiotherapy, or surgery, and - depending on the stage of the disease - often is unsuccessful. The most common drawback of all conventional treatments is that they are very imprecise due to a lack of selectivity between malignant and healthy cells. In contrast, nanotechnology offers a vision for a new approach to fighting tumors: the ability of nanoparticle-based techniques to locate cancer cells and destroy them with single-cell precision. Although gold nanoparticles have been very popular with nanomedicine researchers, in a novel approach that combines the sensitizing properties of platinum nanoparticles with hadron therapy (irradiation of tissue by fast carbon ions), a French-Japanese research group has demonstrated that platinum nanoparticles strongly enhance the biological efficiency of radiations. 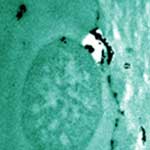 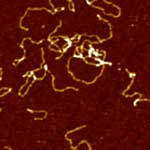 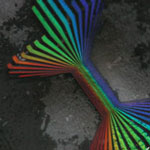 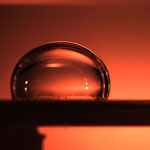