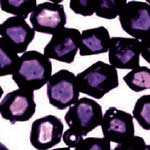 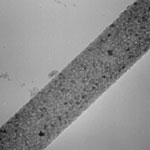 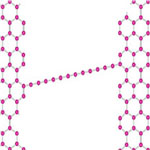 Theoretical studies have long predicted that the exceptional physical and chemical properties of a rigid monatomic linear chain of carbon atoms could function as the component of molecular devices, for instance in nanoelectronics. The problem has been that there was no reliable and effective way to produce these carbon chains and therefore scientists couldn't study them experimentally. While linear carbon chains have been already prepared either in solution or by vaporizing graphite, researchers in Japan have for the first time succeeded to derive the carbon atomic chains from graphene in a well controlled manner. This approach to realize freestanding carbon atomic chains employs energetic electron irradiation inside a transmission electron microscope.