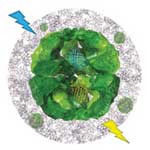 The term bio-interface describes the boundary between synthetic materials such as plastics, and biological systems. This rapidly growing research area, where biology and material sciences overlap, is creating new opportunities for the design, synthesis, and optimization of biologically-enabled and biologically-inspired materials. It involves manufacturing and characterization of functional surfaces for specific interactions with bio-systems and studies of the molecular and kinetic processes occurring at such interfaces, ranging from small molecule and biomolecular interactions, to cell adhesion, differentiation and tissue formation at the interface. For example, the incorporation of proteins into polymers can result in hybrid materials that combine the properties of the polymer as a cost-effective and easy to process material with the highly evolved biological functionality of the protein, enabling new concepts for construction of sensors and biomedical materials. While researchers so far have been focusing on altering the properties of a polymer by adding the functionality of a biomolecule, a group in California has now demonstrated the reverse situation, where changes in the polymer can alter the properties of the protein. 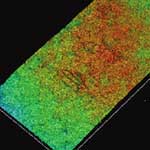 Developing bioassays that are simple, portable, disposable and inexpensive will provide important tools to rapidly detect toxic substances. This technology could also be extremely useful in monitoring environmental and food-based toxins in remote settings such as less industrialized countries where these tools are essential for the first stages of detecting disease settings and where the time and expense of using sophisticated instrumentation would be prohibitive. To that end, researchers have developed simple, portable, disposable, and inexpensive paper-based solid-phase sensors to run multiple bioassays and controls simultaneously. Bioactive paper is any low-cost and easy-to-use paper product laced with biologically active chemicals that provides a rapid way to detect toxins like E. coli bacteria and salmonella, or pathogens such as SARS or influenza. 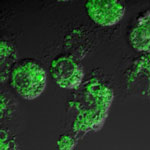 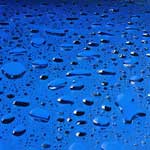 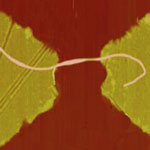 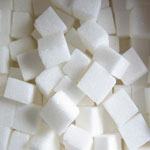