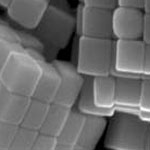 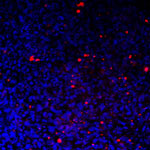 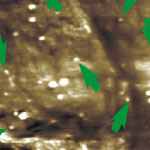 Plastic motors driven by light only 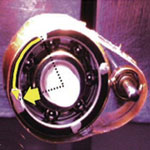 A fast-growing body of nanotechnology research is dedicated to nanoscale motors and molecular machinery. The results of these studies are spectacular: well-designed molecules or supramolecules show various movements upon exposure to various stimuli, such as molecular shuttles, molecular elevators and molecular motors. So far, however, nobody has been able to directly observe the movements of these molecular machines and utilize the mechanical work done by them. Now, an international group of researchers have succeeded in amplifying the minuscule change in structures at a molecular level caused by an external stimulus (light) to a macroscopic change through a cooperative effect of liquid crystals. Using liquid-crystalline elastomers (LCEs) ? unique materials having both properties of liquid crystals (LCs) and elastomers ? the scientists have successfully developed new photomechanical devices, including the first light-driven plastic motor. In other words, with this novel material the energy from light can be directly converted into mechanical work without the aid of batteries, electric wires, or gears. 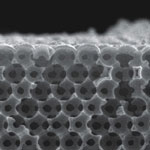 One of the true nanotechnologies that pre-dates the explosion of the popular use of the word during the past few years is Atomic Layer Deposition (ALD). This gas phase chemical process is used to create extremely thin coatings only a few nanometers thick which can be deposited in a precisely controlled way. Initially used as a technique for making a specific type of light display (electroluminescent display) smaller and more efficient, the ALD process was invented and patented by Tuomo Suntola and his co-workers in Finland in 1974 (co-incidentally, this is the year that the term 'nanotechnology' was first defined by Norio Taniguchi). The fundamental notion behind Atomic Layer Deposition is rather simple: It is a process by which an atomic layer of material can be affixed to a surface material one layer at a time. By depositing one layer per cycle, ALD offers extreme precision in ultra-thin film growth since the number of cycles determines the number of atomic layers and therefore the precise thickness of deposited film.

Storing the fuel that is needed to run a hydrogen car in a compact and affordable way is still a major challenge. You would need about 5 kg of hydrogen to have the same average driving range as today's cars. Since hydrogen's density is only 1/10th of a gram per liter at room temperature, that means you somehow need to pack 50,000 liters of hydrogen into your tank. There are three ways of doing this: as a high-pressure compressed gas; a cryogenic liquid; or as a solid. Rather than using hundreds of atmospheres to compress hydrogen into a tank, or cooling it down to minus 252 C to liquefy it, hydrogen storage in solid form offers the safest alternative for transportation and storage of hydrogen. Research in this area has led to metal hydrides, chemical hydrides, and physisorption-based storage, where hydrogen is adsorbed onto the interior surfaces of a porous material. The stored hydrogen can then be released by heat, electricity, or chemical reaction. Many metals are capable of absorbing hydrogen as well. The storage of gas in solids is not only an intriguing alternative for hydrogen storage but other types of gases, such as carbon dioxide and other environmentally important gases as well. Gas storage in solids is quickly becoming an important technology, with applications ranging from energy and the environment to biology and medicine. A new review article describes the types of material that make good porous gas storage materials, why different porous solids are good for the storage of different gases, and what criteria need to be met to make a useable gas storage material. 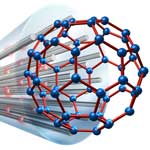 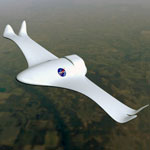