Epigenetic mechanisms are chemical changes in DNA that do not alter the actual genetic code but can influence the expression of genes, and can be passed on when cells reproduce. One of the most important is DNA methylation, where methyl groups - small structures of carbon and hydrogen - are appended to specific locations on a DNA strand. Recently, both biological and synthetic nanopores have been proposed for DNA methylation detection. In new work, researchers employed protein nanopores to investigate a novel metal ion-bridged DNA interstrand lock, and explore its potential in location-specific methylation detection. 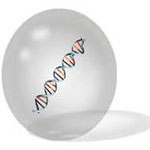 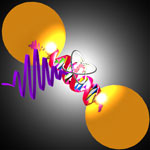 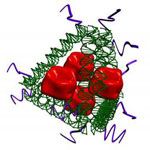 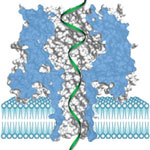 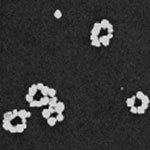 DNA origami is a design technique that is used by nanotechnology researchers to fold DNA strands into something resembling a programmable pegboard on which different nanocomponents can be attached. These DNA assemblies allow the bottom-up fabrication of complex nanostructures with arbitrary shapes and patterns on a 100 nm scale. For instance, DNA origami have been heralded as a potential breakthrough for the creation of nanoscale circuits and devices. DNA can also be metallized with different metals, resulting in conducting nanowires. Researchers have now have developed a method to assemble metallic nanocircuits with arbitrary shapes, by attaching metallic nanoparticles to select locations of the DNA origami and then fusing them to form wires, rings, or any other complex shape. These pre-designed structures are programmed by fully utilizing the self-assembling and recognition properties of DNA. 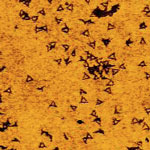