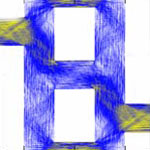 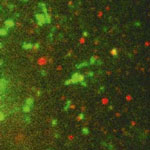 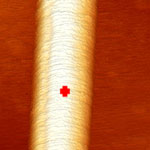 When your food makes you glow - a novel optical bioimaging technique 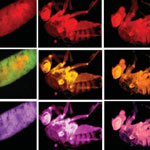 Fruit flies (Drosophila melanogaster) are the workhorses in countless biomedical research laboratories around the world. The bioimaging of live specimens, ideally through all the stages of the fruit fly life cycle, is a tricky and often complicated undertaking. Researchers in India have now developed a relatively simple way to introduce fluorescent nanomaterials into fruit flies: They prepared carbon nanoparticles from wood waste and added them to the flies' food supply. The fluorescent fruit flies showed no toxic effects - upon withdrawal of the nanoparticles from their food, they excreted the fluorescing material and continued to proliferate to the next generation, demonstrating a return to their normal lives. 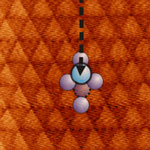 The atomic structures of nanoscale contacts are not available in most experiments on quantum transport. Scanning tunneling microscopy operates at a tip-sample distance of a few angstroms and relies on probing a conductive surface in the evanescent tail of electronic states. By decreasing the tip-sample distance the sensitivity to chemical interactions can be enhanced. This has already been demonstrated in non-contact atomic force microscopy, where the oscillating tip comes for short periods of time within the range of chemical interactions. A team of scientists has now developed Quantum Point Contact Microscopy as a novel imaging mode of low-temperature STM, where instead of measuring a current through a tunneling junction, a transport current through a quantum point contact formed by a single atom between the STM tip and the surface is recorded. 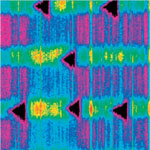 Shooting videos in the nanoworld to observe nanoscale processes 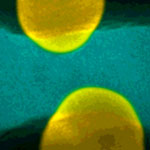 Life as we know it is dominated by friction, the interaction between moving objects. Friction controls our everyday lives, from letting us walk to work, to holding a cup of tea. Friction forces act wherever two solids touch. Although friction has been investigated for hundreds of years - in the 15th century, Leonardo da Vinci was the first to enunciate two laws of friction - it is surprisingly difficult to examine how friction works at the nanoscale level due to the sheer difficulty of bringing nanoscale objects into contact and imaging them at the same time. Researchers have now demonstrated the ability to bring nanoscale objects together, rub them repeatedly across one another and see how friction changes nanosized materials in real time. 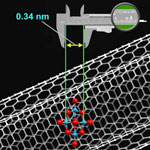